You are here: Home / Background 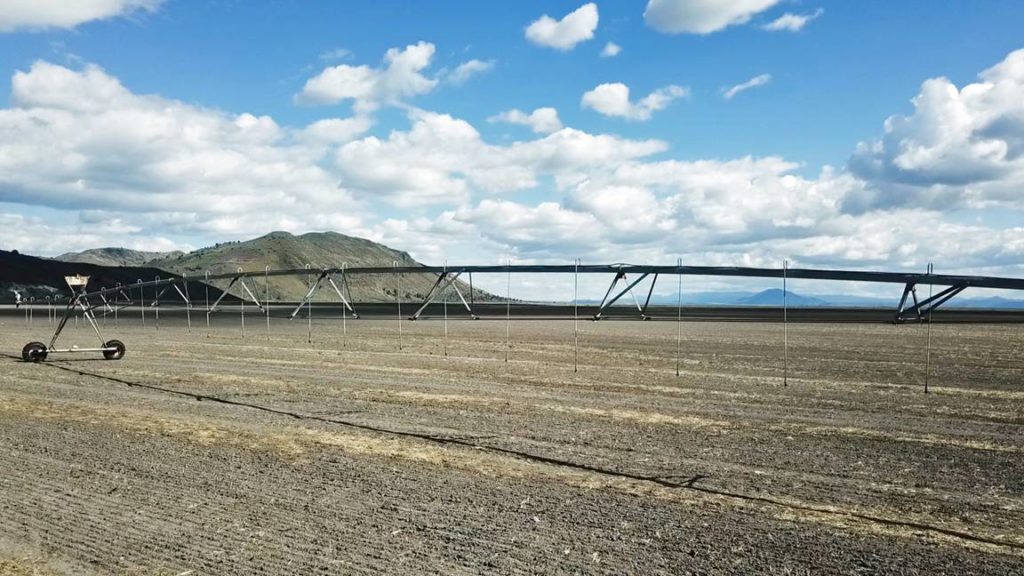 Litigation has been filed that seeks a preliminary injunction to stop all Klamath Irrigation Project (Project) irrigation diversions immediately and hold the water in Upper Klamath Lake (UKL). If successful, this litigation would affect Klamath agriculture, fish and wildlife (including severe impacts to Lower Klamath National Wildlife Refuge), the Klamath River, the Klamath Basin economy, local businesses, and the social fabric of the region. Our short-term goal is to increase awareness in our community regarding these potential impacts. Although community members cannot at this point directly affect the outcome of this litigation, we hope better inform others in our community about this this dire situation and begin dialogue between the diverse business and social interests in the Klamath Basin. Ultimately, we must all work together to reach long-term, permanent solutions to the critical water and environmental issues affecting our community.

Last year, as a result of an Endangered Species Act (ESA) lawsuit filed by Native American Tribes in California, U.S. District Court Judge William H. Orrick ordered immediate steps to be taken by the Bureau of Reclamation intended to protect salmon in the Klamath River. Those steps included injunctive measures which resulted in approximately 100,000 AF (or more than 25% of the Project’s entire irrigation allocation) of water being withheld from the Project and instead sent downriver. This water is in addition to the water reserved for the river under the 2013 Project Operations Biological Opinion (BiOp) allocation formula, a formula which already allocates every drop of water between lake, river and the Klamath Project operations. BiOps are developed by federal fisheries agencies to ensure that federal actions (in this case, Project water deliveries) are not likely to adversely affect species listed under the ESA. Two species of ESA-listed suckers inhabit UKL, the Lost River, and the Upper Klamath River. Coho salmon, listed as “threatened” under the ESA, inhabit the Klamath River and certain tributaries in California.

Lucky for the Klamath Basin, 2017 was an unprecedented wet water year, where the Upper Basin (in Oregon) received 130% of normal snowpack. As such, there was enough water to implement the injunctive measures as well as full allocation to the Project. In contrast, 2018 was abnormally dry and mild. At the start of the irrigation season (April 1st ) snowpack was roughly 50% of normal. Due to the combined requirements of the injunction and the BioOp, no UKL water was available the Project in the month of April. A very limited amount was released to irrigators in May. Meaningful deliveries of water began on June 1st . The total allocation for the season (200,000 acre feet) will be roughly half of typical demand required to support Project farm and ranch requirements.

Summaries of potential key economic, environmental and societal impacts that we may see if the litigation succeeds are provided on the pages of this website. Also see who has filed friend of the court briefs in support of the defendants, the counties and the Modoc Tribe.

Why July 20th Matters to Everyone in The Klamath Basin

On July 20th, life in the Klamath Basin for families, local businesses, wildlife and our communities could change forever. Litigation seeking a preliminary injunction to stop all Klamath Project irrigation diversions immediately and hold the water in Upper Klamath Lake has been filed. If successful, this lawsuit would affect Klamath agriculture, fish and wildlife (including severe impacts to Lower Klamath National Wildlife Refuge), the Klamath River, the Klamath Basin economony, local businesses, and the social fabric of the region.

Our short-term goal is to increase awareness in our community regarding these impacts. Although community members cannot affect the outcome of this litigation, we hope to use this dire situation to form a coalition of diverse business and social interests in the Klamath Basin to demand long term, permanent solutions to water issues affecting our community.

How Can You Help?

Educate yourself on how this litigation will affect your family and livelihood should it prevail on July 20th. Our community needs to realize this doesn’t only affect Klamath Basin family farms and ranches, but communities in Klamath, Siskiyou and Modoc Counties and throughout the Klamath River watershed.

We are a group of citizens and community interests that are working towards finding a solution to end the ongoing “Water Wars”. Learn about StopWaterWars.org and what our goal is.

How You Can Help

Want to learn what you can do to help find a solution? Educate yourself on how the current litigation will affect you community and get your voice heard.